My Mac Mini acting as a PLEX server was from late 2009 and had began stuttering when playing some recent high quality rips or transcoding.

It was time to upgrade.

Luckily I had an old i7-4790K processor laying around. I bought a case from amazon, and sourced a cheap 1150 motherboard locally. I also already had a 250gb SSD I wasn’t using. All I needed was some ram and I was in business.

I also wanted some form of storage and had heard about the ODroid HC2. I picked up the following gear from their site which came surprisingsly fast via DHL (a few days).

Then, from Amazon I picked up everything else.

Once I had everything wired up, and running I booted to the default OS using the DHCP addresses they got. Then I changed the IP to something static DHCP on my dhcp server, then added DNS through PFsense so my shared drives would be resolvable by name. Shit’s gettin’ real now dawg.

Then, I performed the following steps to get everything going.

Here she is in all it’s glory on my Lack-Rack (heh). 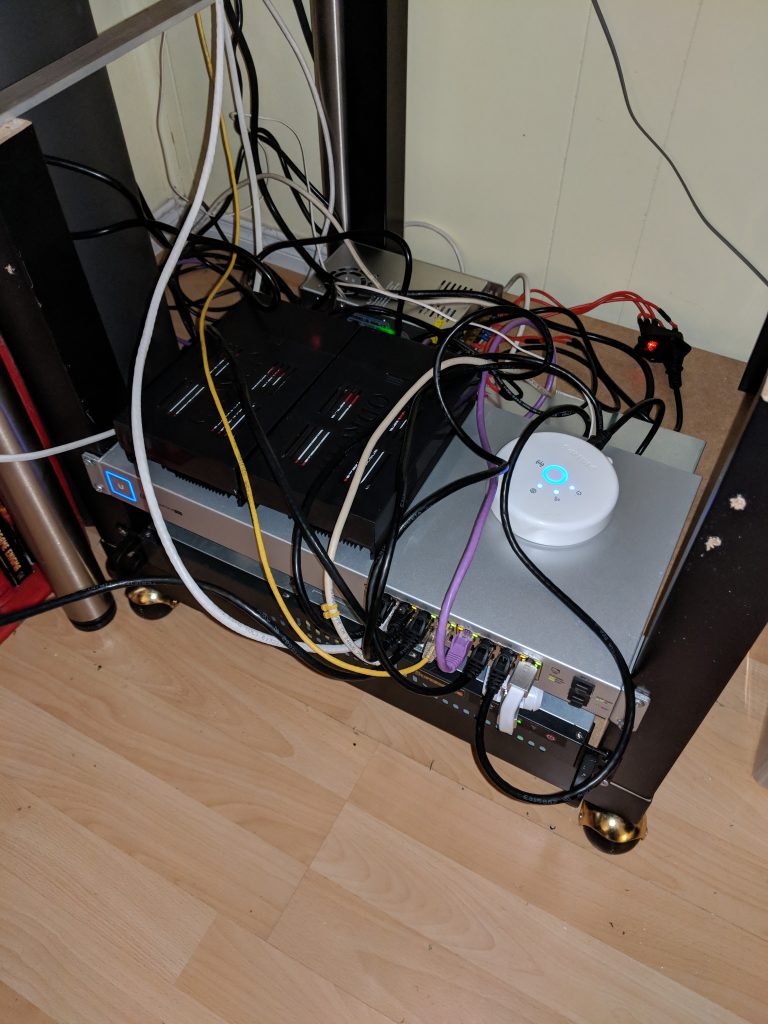